Sundarbans mangrove forest Despite a total ban on all killing or capture of wildlife other than fish and some invertebrates, it appears that there is a consistent pattern of depleted biodiversity or loss of species in the 20th century, and that the ecological quality of the forest is declining.[citation needed] The Directorate of Forest is responsible for the administration and management of Sundarban National Park in West Bengal. In Bangladesh, a new Forest Circle was created in 1993 to preserve the forest, and Chief Conservators of Forests have been posted since. Despite preservation commitments from both Governments, the Sunderbans are under threat from both natural and human-made causes. In 2007, the landfall of Cyclone Sidr damaged around 40% of the Sundarbans. mangrove forest
Throught this painting i have tried to show the nature of the sundarbans by alok ranjan art


Alok Ranjan Art Studio is a fine arts  and digital artist studio. I am from Sundarban. I always working about my Sundarban nature Sundarban animals  etc. I also making painting about and other things and another area. I am from India so I making many kind of Indian culture. I love another country and the landscape. I love to make painting in acrylic colours, oil colours, watercolors, pastel colours, and many kind of pencil sketches. thank you for visiting my profile. if you have any query about my channel you can search Alok Ranjan Art email address, (alok.theombre@gmail.com). I am happy to help you.
#acrylic_painting #landscape #sundarban #sundarban_painting
https://twitter.com/AlokRan54704153?s=08
https://www.instagram.com/ranjan4213/
https://www.facebook.com/profile.php?... 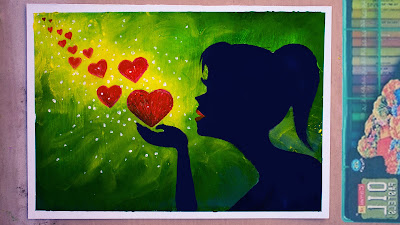 
Valentine's Kiss Flying Kiss About Today's Drawing A girl kisses in a flying way. I used this image in full pastel colors and acrylic colors.

Valentine's Day, also called Saint Valentine's Day or the Feast of Saint Valentine, is celebrated annually on February 14. Originating as a Western Christian feast day honoring one or two early saints named Valentinus, Valentine's Day is recognized as a significant cultural, religious, and commercial celebration of romance and romantic love in many regions around the world.

There are numerous martyrdom stories associated with various Valentines connected to February 14, including a written account of Saint Valentine of Rome's imprisonment for performing weddings for soldiers who were forbidden to marry and for ministering to Christians persecuted under the Roman Empire. According to legend, Saint Valentine restored si… 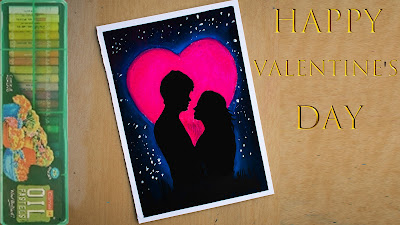 
Is Valentine's Day for couples?

Valentine's Day is celebrated on February 14. It is a festival of romantic love and many people give cards, letters, flowers or presents to their spouse or partner. They may also arrange a romantic meal in a restaurant or night in a hotel. Common symbols of Valentine's Day are hearts, red roses and Cupid.

According to Fila Antwine, lifestyle and relationship coach, celebrating Valentine's Day is more important now than ever, since we've replaced human relationships with technology. "Every holiday serves as a reminder to take time out and acknowledge something.

Who is Valentine's Day meant for?

Originating as a Western Christian feast day honoring one or two early saints named Valentinus, Valentine's Day is recognized as a significant cultural, religious, and… 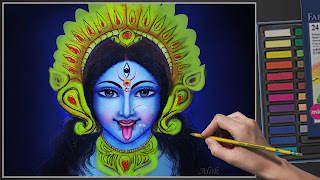 
Her most commno four armed imbodiment image show each hand carrying variously a sword, a trishul (trident), a severed head and a bowl or skull-cup
Kapala catching the blood of the severed head. Her eyes are described as red with intoxication and in absolute rage, Her hair is shown disheveled, small fangs sometimes protrude out of Her mouth and Her tongue is lolling. She has a garland consisting of the heads of demons she has slaughtered, variously enumerated at an auspicious number in hinduism and the number of countable beads on a Japa Mala for repetition of Mantras, Which represents the letters of the Sanskrit alphabet, Devanagari, and wears a skirt made of demon arms.
Her ten headed dasamukhi image is known as dasa mahavidya mahakali,
and in this form She is said to represent the ten mahavidyas or "Great Wisdom (Goddesse)s".
She is depicted in this form as having ten heads, ten arms, and t…